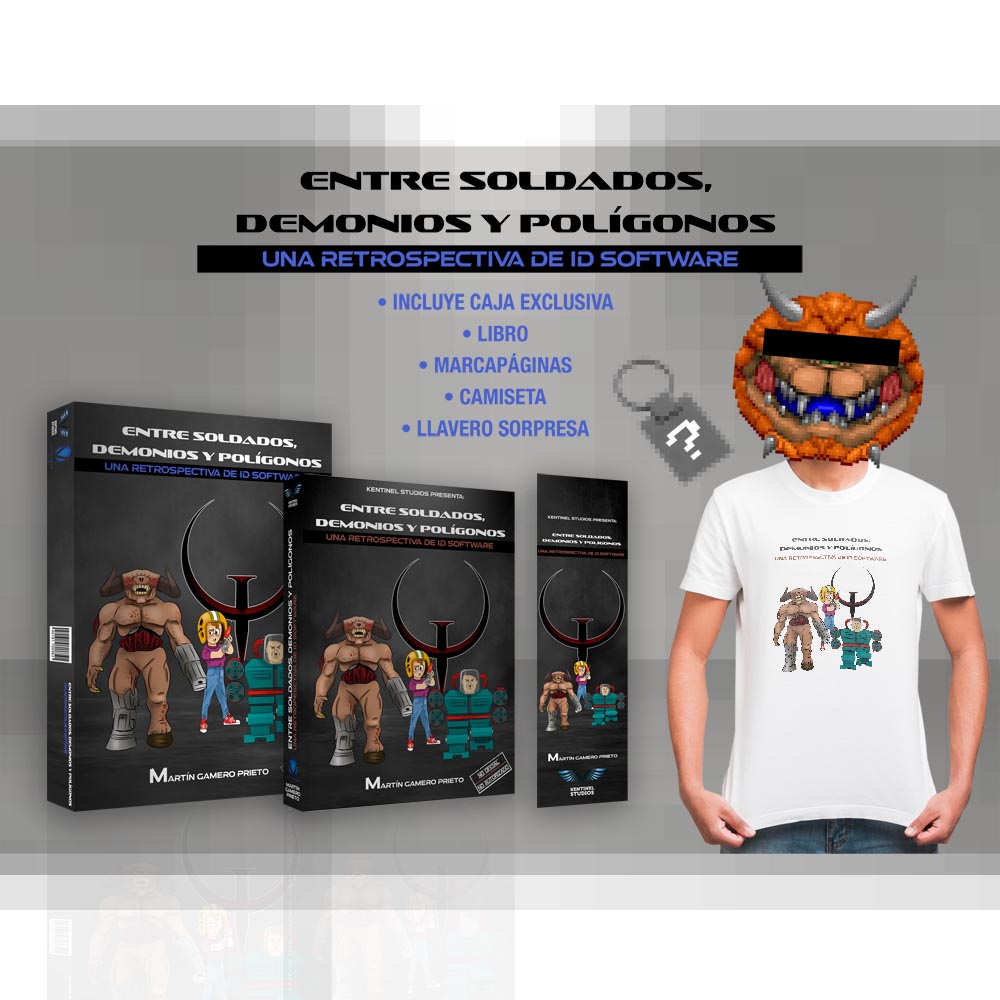 A thorough review of the development and significance of Commander Keen, Wolfenstein, Doom, Quake and Orcs & Elves

Computer expert and author, Martín Gamero, launches his new book on id Software and the video games that made them famous: Commander Keen, Wolfenstein, Doom, Quake and Orcs & Elves.

Entre soldados, demonios y polígonos: Una retrospectiva de id Software [Soldiers, Demons and Polygons: A Retrospective of id Software] examines the history of this company, creator of one of the most significant gaming engines of all time, from 1990 to present day. The book is organised into sections that focus on the company’s most well-known sagas, analysing the development, history and impact that each had on the world of digital entertainment, and also includes a complete catalogue of objects, weapons and enemies. In addition, the publication takes a look at the expansions, ports and merchandising for each series that form a part of the same universe.

Martín Gamero also delves into other companies related to id Software, including publishers such as Apogee and 3D Realms, and developers such as Raven Software and Lobotomy, up until the former’s acquisition by Zenimax Media (now owned by Microsoft).

The book will be published in Spanish both as an ebook and in two hardcopy versions: the Standard Edition, which will include a bookmark and a keyring, available until 3 March; and the Collector’s Edition, produced in a limited-quantity print run, which will include the book, a T-shirt, an exclusive box and a keyring. Both editions are now available for pre-order at kentinelstudios.com and will begin shipping in early March.

Entre soldados, demonios y polígonos is the second book published by Martín Gamero. In 2019, he published The Legacy of 3dfx, a retrospective of the company, the arrival of 3D gaming to PCs and vintage collecting. It is available in both English and Spanish at kentinelstudios.com.

Martín is also the owner of Kentinel Studios, a space that was created to foster dialogue about the history of computer technology, video games and to develop various audiovisual products. He is also an avid collector of video games, a contributor on a podcast and several websites, such as hardmaniacos.com, and a writer.

The birth of Kentinel Studios and happy new year!

The birth of Kentinel Studios and happy new year!